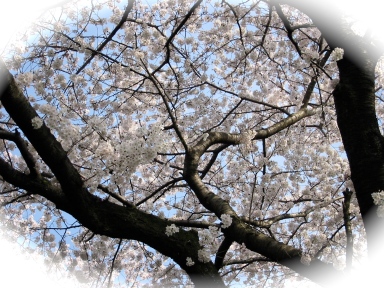 Before the cherry blossoms fall.

Sometimes I talk to the old woman in the mirror. She tells me her stories and asks me questions. I know each tale she tells, but I listen anyway.

So, she says, did I tell you about the time I almost belonged? We lived in a house; it’s where the children did much of their growing up. Friends lived nearby, and I had a job teaching. I liked the house because it was small and easy to clean. When friends came, it grew big with laughter. Nearby was my park. In the early mornings I followed the river, looking for the egrets. In spring the cherry trees drew near to the river, bending down to admire their blossoms in the water. Back then I believed I would die from beauty.

From a place I almost belonged.

Yes, I answer, I remember you told me that.

Oh, she says, in the park was an old man I called Good Morning Grandpa. In Japanese, he was Ohayo Ojiisan, which is the very same thing. I looked forward to seeing him on my walks, though I never told anyone. Every morning he rode his bike to the park, picked up trash left by careless walkers, and then sat down to smoke a cigarette and greet the people who passed by. He said “Good morning” to me both coming and going. I regret never sitting down and talking to him.

I watch as she talks, watch her smile fade and the tears well up.

I think I told you this, she says, but that day we left on our trip, we had only planned to be gone a few weeks. How could I have known it would be the last time I would live in that house? That I would never see Good Morning Grandpa again?

I nod, watching as she wipes her tears. 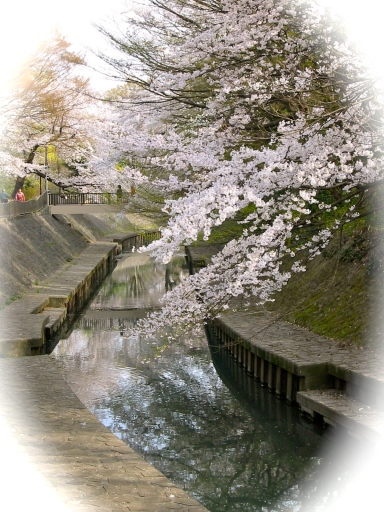 She shakes her head and says, how was I to know the world would tilt and I would slide off? I had only four days to return and gather a few things for that first winter. Hardly time to say goodbye.

I know, I say, I remember that first winter and how cold the world felt.

I use to cry for her, almost every day, that old woman in the mirror. But after four winters, I’ve grown stronger. I still mind the cold but at night when I close my eyes, I dream that her tears are cherry blossoms falling one by one into Zempukuji River.