The book of days that hangs upon my wall told me more than a week ago that spring was here. I’m waiting, trying to believe it’s true.

Yes, the time of rime is now past, but winter lingers, reluctant to leave. Though the thermometer says it is 23 degrees this morning, winter sends its winds to swallow 5 degrees or more.

I brood. Rime, the ice that winter paints the trees with, rhymes with “rhyme.”

The time of rhyme is also past. Once upon a time, poets moved in measured footsteps, inviting us to join the verbal dance. Often when a line stopped and bowed its rhyme, the next one mirrored those same steps, matching the sound in kind. Some poets slanted rhymes or placed them inside, waltzing to a steady beat until the final curtsey.

These days we like our rhymes sung, whether hip-hop, pop, or rock. Our poems are free to wander, twirl, and spin. Free verse creates its own steps and feels no constraint to follow someone else’s choreography. It rhymes or not, according to its own interpretation of the dance.

I would like to rhyme and dance a poem, but I have two left feet. However, it doesn’t stop me from trying.

So, today, I’ll share a poem of winter’s end, written years ago for my children. I warn you now: should you cross beyond the yellow tape, you’ll wind up in a rhyme scene.

Mourned with long and silver sighs

Tyrant clothed in robe of snow.

None would even dare to try

Reason with those deathful eyes;

Well he knows we’re cowards all.

Oh so proud, he comes with foot

Booted.  And where once had stood

Laughing with a blasting wind

Long he banquets, drinks the wine

Stolen from the summer vine.

All his subjects wait, in death.

Deep in dreams his lover spies,

Then sound with laughing fingers cracks

Would one dare disturb this king

Who exiled thousands born to sing;

Warmly wrapping ‘round the rafters;

“Halt!” he cries with frosty breath.

Comes a child with melting smile,

Conquered by the barefoot Spring.

Do you hear it

call you back to

what you must do?

You begin to see

there is an end

to the long tunnel

and your heart says,

before it is too late

we’ve heard so much about.

a past, present, and future

the verbs were restless.

and flew around the room

as if flying were a thing

tired of being active,

pulled on their participles

and just stood there,

Some of the nouns,

envious of all the action,

broke into a dictionary

to strut among the verbs

So many things were

And while much of it

I sat in that hubbub

and longed for my

The house was full of too many words,

so I took the train to town and walked

in the park through the silent, soft

afternoon light among red maples, and

yellow ginkgos. The lake was infested

followed me, or perhaps I followed it,

along the bridge. Ducks paddled over

its head begging for bread. Twice it

surfaced and looked as if it would speak

to me, but apparently thought better of it,

and went back underwater. At the bridge’s

end, a father and his little girl fed the mob

of ducks. The carp swam under the bridge.

We parted without speaking.

I do prefer a book

each dancing on a pin.

of how the hero bleeds

than try to staunch the flow

and feel my heart go slow.

The lab’s the class to miss

and if I had my wish

I’d have a textbook life 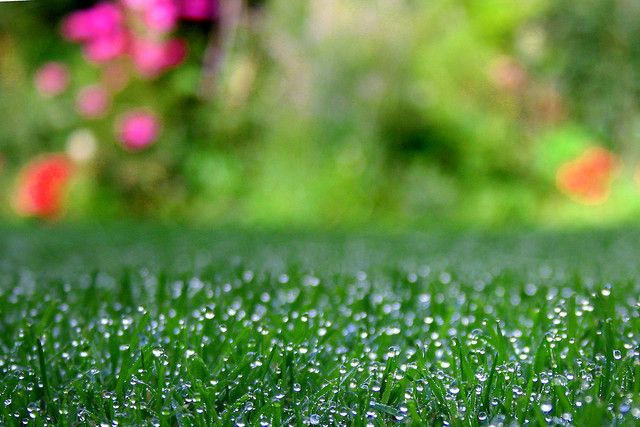 It’s a brand-new world all over again. Stop being so old, friend, be born again with the world today.

Look how each blade of grass is topped by a bead of light, like birthday candles to the day.

Go ahead. Start over. It can’t be that hard. The sun does it every brand-new day.

Love comes in small change: pennies of please and thank you, nickels of you go first,

and some cents of forgiveness, always held back till the end of the day,

for the dirty socks forgotten on the floor and the toilet seat left gaping in the bathroom.

Lovers save the change of love, fill their pockets and their piggy banks,

to spend on love’s small extravagances.

Love is a lifetime of wealth, mostly made of small change.

the lake with light

I love the trees, lake, sun,

this day, this time

and I can almost believe

they love me back

when the wind sighs

and caresses my cheek

Why is “Poetry” listed as one of the categories on your blog? Aren’t you a failed poet?

Thank you for asking.

First, please note that you should be asking only one question at a time. Did you realize you asked two?

Second, do you have a problem with me listing “Poetry” as a category?

Third, I really wish you would capitalize the word “failed.” I just so happen to write in the literary style of poetry known as Failed. Surely you have heard of the Baroque1 or Metaphysical poets, Imagist poets, Confessional poets, and Martian poets? I am part of that great tradition and subscribe to the tenets of Failed Poetry, so technically I should be referred to as a Failed poet.

Martian poet, Christopher Reid, looking good, but a bit spaced out. (On Wikipedia.)

Like all great poets, Failed poets have one long foot and one short foot. (By the way, the easiest way to determine if someone has an ability to write poetry is to ask to see their feet. Don’t be fooled if they are so-called “Long fellows.”) Those of us who are part of this movement favor mixed metaphors and imprecise language, with an occasional forced rhyme in tribute to early rhymers like Shakespeare and John Donne. To us, poetry is music and every poem a song to sing, so when we’re feeling metrical we write singsong verse. Otherwise, we just write down whatever we are thinking but without the punctuation. We love words and like how they look on paper or computer screens. Many of us like to spell our words correctly, but it’s not required.

John Done is now done with poetry. We miss him. Thank you Wikipedia for this portrait.

Fourth, I put that category on my blog because I believe in the U.S. Constitution. For a little over a year, I submitted my poetry to various journals. Although one online and one print journal accepted my work out of pity, the majority wrote back to express regret and sorrow. Apparently editors all over the nation were filled with sadness and grief after reading my poems. I felt guilty singling them out and making them bear the full burden of reading my poetry, so I chose to include some on this blog and make that pain available to anyone and everyone. It is the American way.

Fifth, please keep in mind that on this blog I use the word “Poetry” in its broadest sense:  a bunch of words.

1 The Baroque movement never died. Most poets since the 1600s consider themselves Baroque; however, they now use the modern spelling “broke.”

reminding me of the coming cold

When bugs and worms will freely roam,

whisper in my silent ears

and fail to wake me,