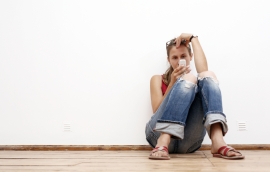 Why, why, why didn't I download that dictionary app when I had the chance?

Defenestration is my new best word friend forever (BWFF) or until a smarter looking one comes along.

First, it has five syllables, which makes it what is known in etymological circles as a “big” word. Big words are not only a sign of intelligence but can also be used to flummox your friends. Because no one wants to admit that they don’t know the meaning of a big word. Like, really.

Your friend: Why? What did you do on the weekend?

You: I was reading a book without a proper ending and I got so riled up, I defenestrated it. It felt so good that I went through the house and defenestrated things for hours. How about you? Did you do any defenestrating over the weekend?

Your friend: Uh…well…yeah, actually…oh, I think I have a message on my phone. Excuse me for a minute.

At this point, your friend will pretend to be checking his or her phone for messages but actually will be looking the word up. But only if the now former friend remembered to download the dictionary app. (Did I mention that flummox is French for “confuse and lose friends”?)

Flummoxing aside, I love the word for the story behind it. The Thirty Years’ War in Europe started in 1618 when some Bohemian nobles threw two government officials and their secretary out of a window to protest the violation of their religious rights. Throwing people out of windows was apparently a common pastime of Bohemians of that day, but up until then, no one knew quite the right word to express it.  The three human projectiles that set off the war landed on a pile of rubbish, and so escaped, bruised and smelling of rotten cabbage, but alive. Thankfully, video cameras had not been invented back then; otherwise, defenestration would become a meme like planking, and people who don’t know big words would be defenestrating all over the place.

This pane-ful act gave birth to the word we now know as defenestration, which means “to throw out of a window.”  It combines the prefix de-, which gives the meaning of something removed or put away, with the Latin word for window, fenestra.

You see how lovesome the word is. Its story reminds me that there are a number of government officials that I would like to defenestrate, particularly those who have failed to compromise and do what’s right for the country, instead of licking the boots of lobbyists and big money contributors. Election time is our window of opportunity, people. Rise up and defenestrate.

20 thoughts on “Lovesome words and politics”