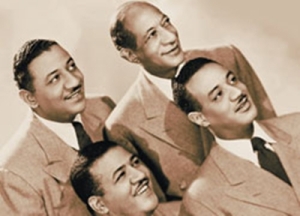 This morning I woke up with two rhymes in my head. The first (thankfully) has only one stanza, the second has two.

Like the majority of  people who majored in English, I’m a failed poet. That doesn’t stop me from writing it, of course, but when I fail, I tend to fail in free verse. I’m not going to try to fix or clean up the rhymes that were in my head this morning, so if you have a weak stomach, I suggest you avert your eyes from the rhyme scene. It may be too gruesome for you. The first goes like this:

Have you seen how love ebbs and leaves the shore

Flowing out to sea, seen no more?

Have you felt the chill when love shuts the door

Quietly because it has other places it must go?

I’ve written some posts about my mother recently and have been thinking how she spent her whole life looking for love. She found it for a while, but then lost it when my father died in an accident.

One of her pet phrases was “You always hurt the one you love.” She would often say it in a teasing way to my sister or me, but I never paid much attention to it. I learned later that it was from a hit song The Mills Brothers sang in 1944. Mother would have been in her second marriage then, getting beat up on a regular basis. For her, perhaps, it was a hit song in more ways than one. Here are the lyrics:

You always hurt the one you love,

The one you shouldn’t hurt at all.

You always take the sweetest rose,

And crush it till the petals fall.

You always break the kindest heart,

With a hasty word you can’t recall.

So, if I broke your heart last night,

It’s because I love you most of all.

I attribute my morning’s first rhyming thought to mother and the elusiveness of love. But I mentioned there were two rhymes in my head this morning. Here’s the second one:

liked to pick his nose.

Then wipe it on his clothes.

They always liked to shout.

and take your finger out!

Don’t ask me where that one came from. I don’t have a clue.

10 thoughts on “You always hurt the one you love”