Physiologist: One who studies how organisms function

Ivan Petrovich Pavlov, the Nobel Laureate of dog drool, was a physiologist, one who studies how organisms function. Physiologist rhymes with fizzie-ologist, one who studies the magic of Fizzies (“America’s Original Candy Beverage”). Yes, Fizzies are back, still fruity, still fizzy, and still effervescent. If you remember the lemony ones, you’re probably already drooling.

But let’s wipe our chins and get back to dog spit. Pavlov noticed two things: lab dogs drooled at the sight of food and soon drooled just looking at the lab technicians who brought the food. Putting two and two together, Pavlov understood that the dogs wanted to eat the technicians, so he began ringing a bell. This brought the dogs to the realization that if they ate the lab workers, there would be no one to bring them more food. This is where we get the idiom, saved by the bell. And that’s all you need to know about classical conditioning. 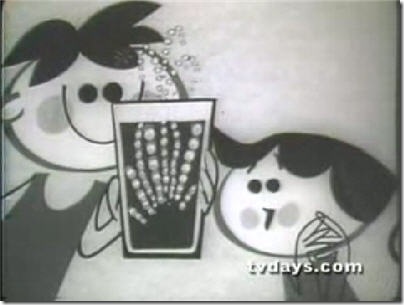 Fizzie-ologist: One who studies the magic of Fizzies

Although I would probably would have called the dogs’ behavior “anticipatory drooling,” Pavlov called it “psychic secretions.” I like this term very much. The next time someone in my family falls asleep on the couch and begins to drool on the cushions, I plan to ring a bell until he wakes up, and then say, “I don’t know what you were dreaming about but your psychic is secreting all over my cushions!”

All of this brings me to what I want to write about today: my miniature bladder, or as I affectionately call it, Buster. Pavlov’s dogs have nothing on Buster who can initiate psychic secretions after just hearing certain words. Buster’s favorite word is go. I have asked my husband not to scream, “Go, Pack, go!” during Packer games because I miss so much of the game that way. Thankfully, Buster is house-trained because merely thinking about going has him scratching on the bathroom door.

And that’s all I can write today. I really have to go now.

(Photo acknowledgements: Pavlov’s portrait is on loan from the Wikipedia Museum; the Fizzies picture was “borrowed” from http://cartoonsnap.blogspot.com)

10 thoughts on “Pavlov’s dogs, Fizzies, and my bladder”