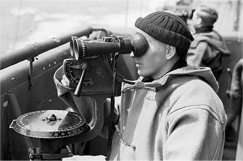 I’m not paranoid. Really. I’m just very wary, chary, leery, and highly caffeinated. I take after my Big Brother that way. He feels compelled to spy on me all of the time because you just never know about those older teachers who live in the Midwest and teach English to foreigners. Foreigners who come from foreign countries and are foreign. And since you never know about those Midwesterners or other Americans or other people in the world, based on super-secret, too-critical-for-anyone-to-be-told-so-don’t-ask national security reasons, highly trained cryptologists need to monitor e-mails, phone calls, and Internet usage of all users, including LOL cats. (There’s a special clause that covers cats.)

By now the NSA (National Snooping Agency) knows more about you and me than our own mothers or even than we do about ourselves. Remember that story you told about your boss? Oh, you forgot already, well, not to worry, it’s all been recorded and soon to be stored away in Bluffdale, Utah. I am not bluffing. Real name, real story.

Meanwhile cryptological experts sift through all our data looking for snarky references to Big Brother’s clubs like the NSA and the TSA (Touch, Scan, Annoy). Then they flag you. And the you I’m referring to is me. The me that reported a theft by TSA agents in New Orleans who kindly recycled my iPad because they knew it was time for me to get a new one. Now when I fly, I get body-scanned. Often.

Earlier this month on my trip to Texas, I was scanned three times: once in Wisconsin and twice in Texas. According to the TSA agent in Houston, I moved. Actually I think it was because I asked why I was selected to be scanned again. The whole procedure is something out of Star Trek: Stand still and don’t say a word or we will radiate you! And yes, I realize I could opt for groping instead, but that too is something out of Star Trek: To boldly go where no man has gone before….except my husband and not in public. 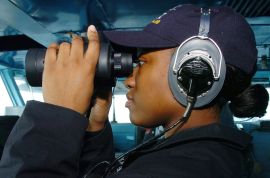 Afterward I complained to the agent, fully expecting to be taken away, have all my body cavities searched, and be put on a no-fly list. It didn’t happen, but you’ll have to excuse me for a moment while I speak to a NSA representative.

Hi! How are you? I didn’t mean a thing by my comments to the TSA officer. Really. And I love my new iPad. Please pass my thanks to the officers in New Orleans. By the way, could you do me a favor? Last month, around the 4th or 5th I deleted an email with Aunt Edith’s secret fowl sauce. My goose is now cooked, and I need something to cover it ASAP. It was the only existing copy of the recipe. Sadly Aunt Edith died last week, but of course you already knew that from the email that Uncle Willard sent me. Thanks a bunch, and remember I’m nothing if not patriotic.

Now, where were we? Oh, yeah, once upon a long time ago, reasonable people drafted a reasonable document called the U.S. Constitution. Just to make things perfectly clear and reasonable, they included amendments. The Fourth Amendment mentions that U.S. citizens have certain rights:

…the right of the people to be secure in their persons, houses, papers, and effects, against unreasonable searches and seizures, shall not be violated, and no Warrants shall issue, but upon probable cause, supported by Oath or affirmation, and particularly describing the place to be searched, and the persons or things to be searched.

Since the U.S. government can access all of my personal and professional information and everything I say or write electronically, what probable cause do its representatives have that warrant searching my person? Like the great majority of people, I present zero threat. I know it and the government knows it. In order to appear fair, TSA must consider all of us as potential terrorists: guilty until scanned.

Are you bugged by all of this? I am, and I bet you are, too. In fact, I know you are. All us of are bugged now, continually, and by our very own government.

This is a rant.

1Translation: What’s up? You’re late. Not gonna lie, I’m bored. This movie is a waste of time. Wish you were here.