Why do you have that perpetual bedhead look?

First, thank you for noticing and pointing it out. Heaven forbid I should go one day without being reminded. Second, why the sudden interest in my hair? The last frequently not asked question was about my still-brown hair. Third, looks are deceiving: it’s not a bedhead; it’s a cowlick.

I have a beef with the cow that licked the top of my head with her big slobbery tongue. Since that time, I have lived in a whorl of pain. I am forced to wear left-headed hairstyles, in spite of the fact that I am right-handed. This leads to a lot of mental confusion, which explains much of what you read on this blog. 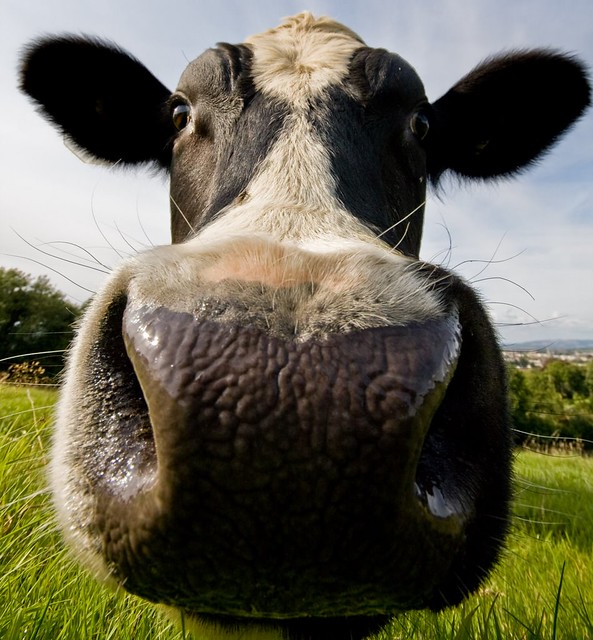 I suppose it’s better than a calf-lick, which happens when the smaller, less slobbery tongue of a calf licks your forehead. In that case, you are forced to face the permanent tuft of hair sticking up. Since my cowlick is on the back of my head, I am able to forget  about it until some kind reader points it out and asks me about it.

Although I wear corrective lenses for my focus-challenged eyes, I have yet to find a truly corrective hairstyle. On a website I will not name, one writer mentioned the seriousness of cowlicks. Apparently, they’ve been known to turn hostile and threaten someone’s image. Since reading that, I have grown afraid and keep anticipating turning on the TV and hearing the news anchor say, “Spencer, we’re here at the Cow Palace near San Francisco. The entire building was evacuated earlier this evening during a concert when the cowlick on the singer’s head suddenly stood up and threatened the singer’s image. Our sources tell us this that the cowlick has shown signs of belligerence for years, but no one has been able to get to the root of the problem. Earlier tonight the mayor called in the SWAT team; you can see that they’re lobbing canisters of hair gel and hairspray into the building now. Soon they’ll storm the building with curling irons. It’s been a hairy night for all of us, Spencer, but we’ll be here until the cowlick is forced down.”

Thankfully I don’t have an image to threaten, but just knowing that cowlicks threaten some people unnerves me. I guess you could say I’m a tiny bit cowed.

Now do you see what I mean about the mental confusion?