Seriously. If you took a bath today (and we all hope you did), thank a pig. Actually, you should thank a pig farmer. Sort of.

Okay, not a pig, and not a pig farmer. You should thank the state of Wisconsin and its city Sheboygan, and the foundry it once had that was bought by John Michael Kohler and his partner Charles Silberzahn in 1873, who founded a company called Kohler & Silberzahn, which made farm equipment, including big tubs used as watering troughs and hog scalders. 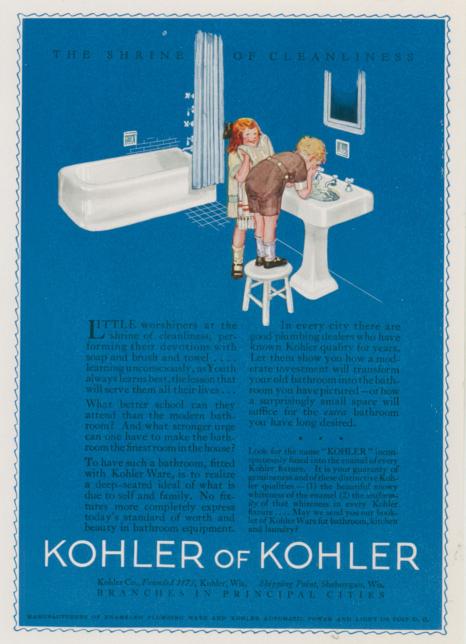 I guess we also have to be thankful for the fire that burned down that original foundry seven years later because Kohler added an enameling shop when he rebuilt. Now he could cover his cast-iron troughs with a protective coat of enamel.

Three years later in 1883, Kohler came up with the idea of selling an enameled hog scalder as a bathtub. In exchange, he supposedly received a cow and 14 chickens. I’m curious about what gave Kohler the idea. He must have been on farms and seen hogs immersed in those tubs. Did one of the hogs remind him of someone he knew? History would be a lot more interesting if we had the answers to questions like that.

From that point on, Kohler focused on enameled bathroom fixtures. In 1911 the company introduced a built-in, one-piece tub, and the rest of us have been awash in their products since then.

I had no intention of writing about bathtubs today. Although I manage to get in hot water on a regular basis, I hardly ever take a bath. I prefer showers.

I started out today planning to write something about the word “bubbler,” Wisconsin talk for drinking fountain. It seems that Kohler is responsible for that, too; he put the capital “B” in the word when he trademarked it in 1889. Now it’s used generically, mostly in Wisconsin but also in Rhode Island, eastern Connecticut, southeastern Massachusetts, and Australia. In my experience, I’ve never heard anyone pronounce it with the capital, but then I’ve never been to Sheboygan.

In spite of its usage in both the U.S. and Australia, neither the Oxford English Dictionary nor the Cambridge Dictionary Online has an entry for “bubbler.” Merriam Webster Online and the Random House Dictionary (dictionary.com) give one of its meanings as “a drinking fountain that spouts water.” 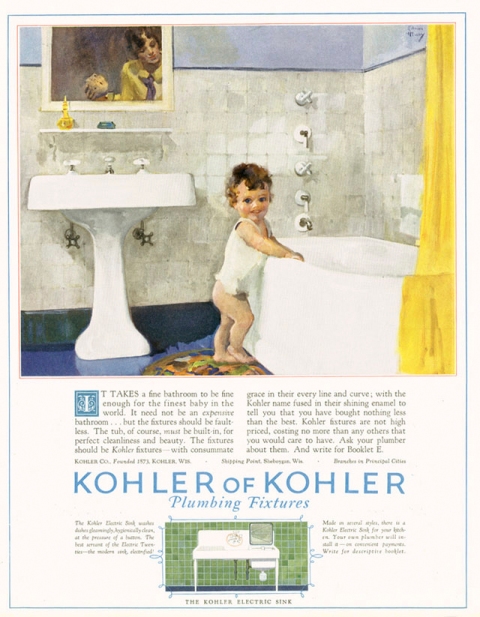 If you go to Kohler’s website, you’ll find at least 53 different bathtubs: rectangular, circular, key-hole shaped, kidney-shaped, free-standing, sunken, and jet-streamed. They still make the Bubbler, too. Americans love their tubs and drinking fountain; go to Facebook and you’ll find that bathtub and Bubbler have their own Facebook pages. I also discovered that Pig scalder is on Facebook. In one of instances that proves that history sometimes moves backwards, it mentions that in New Zealand some farmers use their old cast-iron bathtubs for hog scalding.