In the summer of 2010, my brother invited me to visit him in Europe. Although I have lived and traveled in Asia, this was my first time to go there. I still have not found the right words to express how much I enjoyed that trip.

This past summer, he invited me back, and we are making plans for next year. You’re probably thinking I am fabulously wealthy, but I’m not. My brother covered most of the expenses for both trips. And no, I will not introduce you to him.

In Italy, we traveled to Tuscany and stayed in a hotel, a former villa, near Montepulciano. We each had our own room to enjoy the vineyards and olive groves that surround the villa.

By the time we arrived in Tuscany, we had already been to several Italian cities, walked through numerous museums, and seen countless signs in Italian. You can pick up a lot of Italian words if you pay attention.

The rooms were lovely, but one of the first things my brother noticed was something near the ceiling that looked like a camera. The ceiling was high, so he couldn’t inspect it. He turned the lights on and off, but the box didn’t change or light up.

Then he read the guest brochure on the nightstand. The first part was titled “In camera – In room”. He was miffed, so he immediately went down to the front desk and asked the clerk why there was a camera in the room.

The person at the front desk spoke English, but as my brother expressed his outrage about being videotaped in the privacy of his room, the clerk looked more and more perplexed. “No, sir, there are no cameras,” he insisted. Two other workers were at the front desk at the time, and they all nodded their heads.

My brother had the brochure with him and triumphantly pointed to the words. “See, it says right here that there is a camera in the room.”

When my brother came up to my room and told me what he had done, I laughed myself silly. “You knew?” he asked. While strolling through museums, we had seen the word “camera” countless times. It is the Italian word for “room.” Since we had seen it so often, I assumed that he knew too. Although the information in each section of the brochure was written in English (for the English-speaking guests, I’m sure) the titles over each part were in both languages. But my brother didn’t read all of it because as soon as he saw the words camera and room together, he had to protest.

This is one of my favorite memories of our time in Italy. And it’s a memory we share with the entire staff of that villa. I’m sure they have told the story as many times as we have. I know that the entire time we stayed there, the staff smiled at us more than any of the other guests.

The explanation the clerk gave my brother was that the little metal box that looked like a camera was part of the lighting system. My brother accepted that “In camera – In room” was merely a translation, but both nights, just in case, he threw a towel over that metal box before he went to sleep. 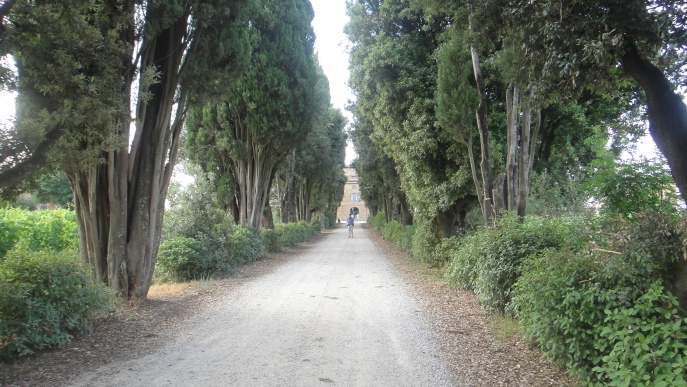 The road leading to the villa 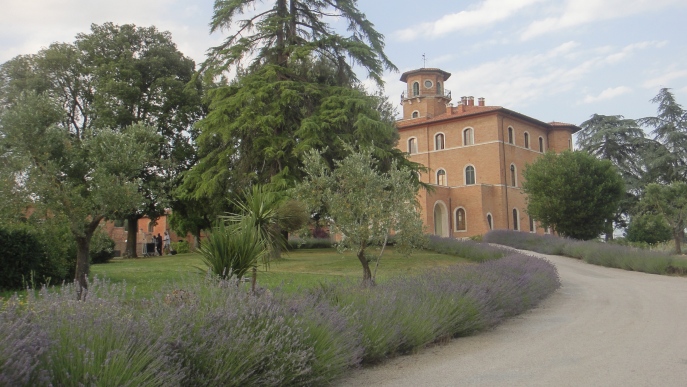 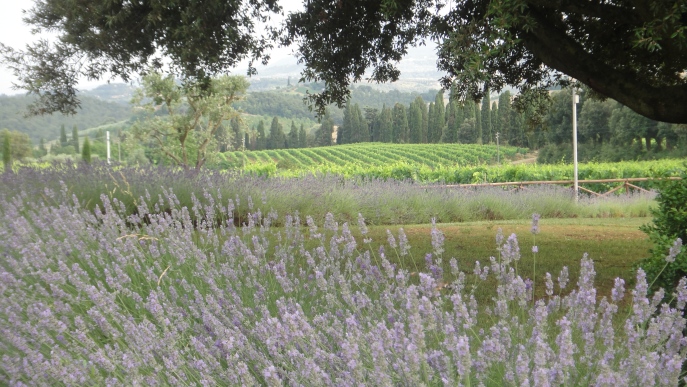 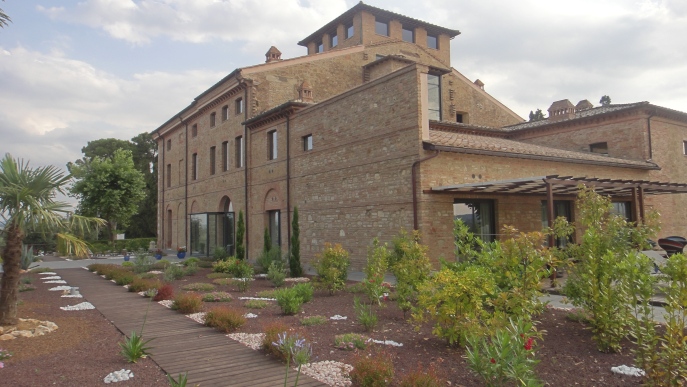