Before yesterday few people knew that the pivotal event of the last century was the airing of the Mickey Mouse Club in October 1955. Each week, millions of little Poppers (later known as Boomers) tuned in to watch the show and without even trying, memorized the catchy theme song.

The world has never been the same since. Most people of a certain age know most if not all of these words, but they have no idea what they really mean. That’s why I’m here, to reveal the true meaning.

Just for fun, let’s start at the beginning since it comes first. Feel free to sing the words as you read them.

Who’s the leader of the club

That’s made for you and me

You’re as welcome as can be

First, note how it begins with the three words, “Who’s the leader.” Like the first three words of the Constitution, We the People, it is revolutionary and sets the tone for all that follows. The well-known bumper sticker “Question Authority” paraphrases those initial words and became the mantra of the 1960s.

The use of “club” in this lyrical question is used in the benign sense, and the following words “that’s made for you and me” led directly to the civil rights movement and the idea that everyone should be included in the “club,” which stands for U.S. society. Note the significance of “You’re as welcome as can be.” I hardly need to tell you that this is a paraphrase of Emma Lazarus’ poem “The New Colossus:”

“Give me your tired, your poor,

The wretched refuse of your teeming shore.

Send these, the homeless, tempest-tossed to me,

I lift my lamp beside the golden door!”

Next, think about the fact that Mickey’s name is spelled out. Is it any wonder that those hours spent spelling Mickey’s name led directly to spell-check on computers?  This point needs no further explanation.

Now let’s look at a portion of the song that had both a positive and negative influence.

Forever let us hold our banner 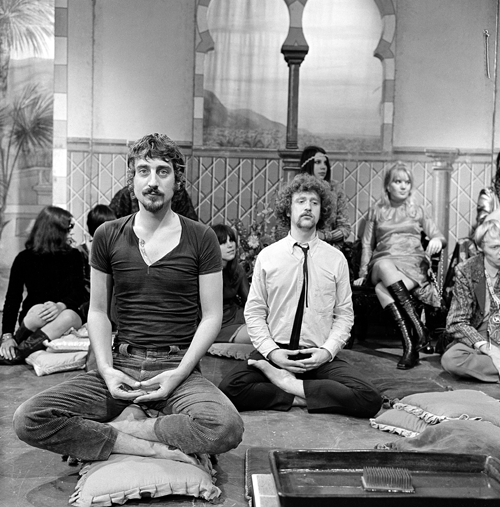 The first line, Forever let us hold our banner, explains all of the banners and signs carried during the 1960s protesting war and discrimination. However, that four-fold repetition of the word “high” led directly to indiscriminate drug use in the 1960s and beyond. Was it intentional? It’s hard to say. However, if you recall, Disney was born on Tripp Avenue. You decide.

Come along and sing a song

And join the jamboree!

In this verse, we must look carefully at the word “jamboree,” which means “noisy revel.” This planted the idea for both rock concerts, most notably Woodstock, and in the same year,  the TV show, Hee Haw.

In this stanza, we see the modern emphasis on having fun. All things and all events, including funerals, must have an element of fun if we want people to enjoy themselves. More importantly, the phrase We’ll be new faces led to a demand for  facelifts and fueled the $1.8 billion cosmetic surgery industry.

We’ll do things and

All around the world

While this stanza is responsible for the invention of the computer and all other technological inventions of the last 50 years (We’ll do things) and the creation of our highly mobile society (We’ll go places), it undoubtedly influenced some of our policymakers to send our soldiers marching around the world. That’s the problem with taking too much of this song literally.

As you can see, there is much more to the Mickey Mouse Club theme song than most people realize. Many people are baffled by how cultures develop and history unfolds. I hope I have helped you in this.

Few people know the source of the radical change that convulsed the United States during the 1960s. Other than my imagination, in fact, I may be the only person who really knows. Since I am only a few hours of Internet searching away from becoming a full-fledged cultural anthropologist, I felt it I should share my findings with you.

Due to time constraints and my boss’ insistence that I show up for work, I will share this in two parts: the introduction and the explication.

The pivotal event that led to the revolutionary change in U.S. society happened in October of 1955. Some things happened before that, of course, but if I go down that road, one thing will lead to another, and before you know it, we’ll be talking about the Greeks and Romans: it’s all connected. So, let’s just stick to October 1955 when the Mickey Mouse Club first aired. 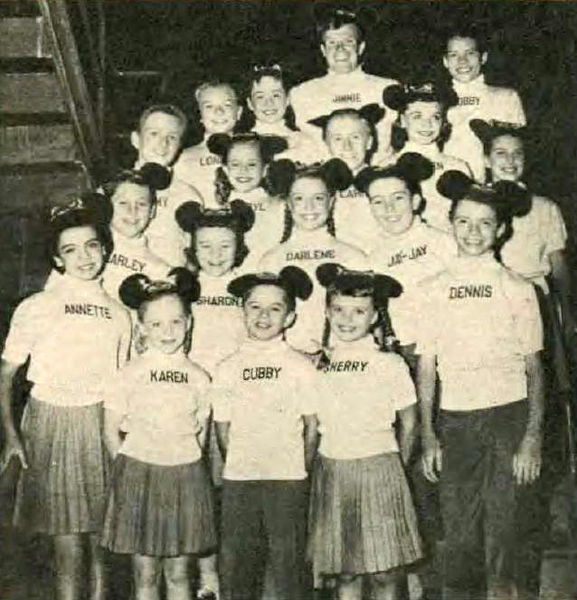 The mastermind behind the show was named after a theme park: Disney. His parents called him Walt for short. For reasons that you’ll understand later, he was born on Tripp Avenue. He also had a childhood. He liked trains and, according the WTF encyclopedia (Wikipedia, the free), he liked to put his ear to the tracks to listen for trains coming. Apparently his sight and hearing weren’t very good, but in this way he developed what people in the arts call a “trained ear.” After dropping into high school, he dropped out. When enough time passed, he produced the Mickey Mouse Club.

A raging debate has been going on between me and my imagination about whether Disney knew what he was doing when he introduced America’s children to the Mickey Mouse Club through its theme song. It’s still raging, so I can’t give you a definitive answer. We do know that revolutionary ideas were planted in the minds of millions of children. I tend to believe that Disney had some inkling; he used a lot ink in his drawings. Also, he had a trained ear, so he must have known about the power of song.

But before we can get to the explication, which is not even completely written yet, we must note the name of the TV program. Mickey seems like a harmless name, but don’t be deceived. It refers to “a drink laced with a drug” (WTF encyclopedia) that makes a person susceptible to suggestion and manipulation. Mouse also signifies something. Club carries at least two meanings: the benign meaning of an organization of people, and the sinister meaning of a big stick to whack people with.

To be fair, and according to my mirror, I am the fairest in the land, I am here only to point out the significance of the song. Personally, I believe that a majority of the ideas propagated by the theme song of the Mickey Mouse Club brought beneficial changes to our society, only a few were negative. But please don’t tell the other cultural anthropologists I said that; we’re supposed to remain objective.

Please come back tomorrow for the explication.