Before World War II, it wouldn’t have been unusual for someone at a cocktail party to uncover the canapés and remark, “Tin can’t resist being foiled.” Now we know that tin can. But back then, tin foil covered America from coast to coast.

After the war, aluminum rolled into town. Why, you may ask (just as my imagination does in its Dr. Watson–like voice inside my head). Elemental, I answer in my best Sherlock imitation. Ductility and malleability are aluminum’s middle names. It can be stretched and pressed within an inch of its life,  2.34 x 10-4 inches to be exact. Aluminum, nickname Al, is a one-eyed all-American element with the number 13 tattooed on its arm. If you don’t believe me (about the eye), try using the British spelling, aluminium, on my computer. If you’re like me you have my sympathy but if you are, you will be delighted that it now rhymes with potassium. Brace yourself, however, because you will also discover it rhymes with the odium of Miss Spellcheck, Microsoft’s unforgiving editor, who will scribble her furious red line at the very idea of aluminum as a two-eyed element.

All of this background information leads to the question: Why wouldn’t Aluminum Man make it in the top ten list of superheroes? Iron Man made it. Does he have more mettle, is he steamier, or is he just hotter?

Iron Man is denser than Aluminum Man, so maybe brute strength wins over brains, at least periodically. Aluminum Man resists corrosion better than Iron Man, but he tends to crumple under pressure. And although Aluminum Man is a good conductor (that’s his alterego), he’ll never play at Carnegie Hall.

When my imagination first started talking about Aluminum Man, I assumed that no such character existed. I looked forward to developing the character, gaining worldwide fame, and retiring some place warm and balmy. Sadly, he does exist. I know because I looked it up on the Internet.

And that, of course, leads to the question, Why is the Internet like a broken refrigerator? Because it spoils everything. 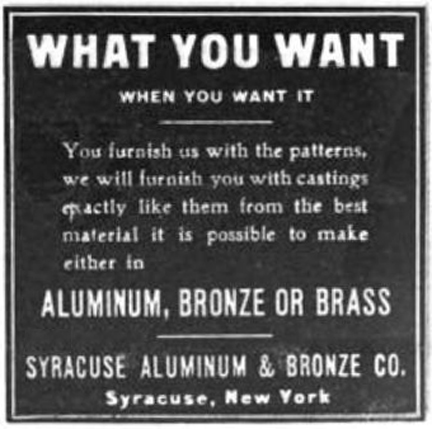